This post we are doing something a little different: we have a guest writer! I asked my friend Jessica Cordero, a 2L at the University of Denver, to write a little something about finding passion in law school and how sometimes that passion can bring out a competitive side she didn’t know she really had until then. 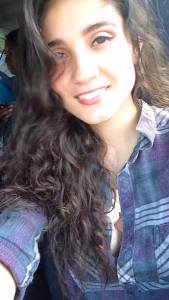 Take it away Jessica:

“When I got into law school, I was just excited to be a student. It was not until Derby Days that I realized there were 309,48,528 ways of being a law student. I signed up for more information about a few, mostly to get swag, but was only really interested in one.

There was something exciting about doing a whole run through of a trial that only occurred the 1st year of law school. One shot opportunity. Hazily, I filled out the information sheet filled with a montage of sepia-tinted memories of being in speech and debate in grade school. It would be similar, right?

Wrong. There were expectations and a sudden urge to be competitive. Even though I was unbelievably out of my comfort zone integrating into law school life, I didn’t mind putting in the work to learn what would eventually lead me to be a part of a nationally competitive trial team at the graduate level.

I never thought I was capable of having a “passion.” I tried a few sports and hobbies throughout the years, but I am somewhat of a dabbler. But I have realized being drawn to a specific activity is exactly how passions are born. They call to you. Being surrounded by people you admire tends to make you a better person. You don’t mind practicing for hours to be a real competitor in the loop, you don’t care about lost Saturdays, and you don’t worry about game day: you anticipate it.” (THANK YOU JESS!!)

Game Day is here for two of the wizarding world’s best quidditch teams as they face off in the Quidditch World Cup! Harry watches in awe as these two teams go head to head in a competition. Harry watches Krum, the epitome of a seeker, perform a perfect fake out, injuring the Irish seeker, his antagonist in the game. The gang also has an encounter with Barty Crouch’s eccentric house elf, Winky, in the stands (someone who becomes important in the next chapter). The match ends with Krum catching the snitch, but overall losing the game. The crowd turns on Krum with great animosity. Harry and the gang gets a chance to meet all of the players at the endow the game and then heads back to their tent.

Jessica’s story is a great depiction of how law school works. Most people come into law school uncertain about their future paths but by 2L year a majority of students become adamant about being a trial lawyer or a transactional lawyer. Trial Team students are hard-working, they put in long hours for their passion! Much like Quidditch players. Harry watches these professional players pull off tricks and plays he’s only heard about or seen attempted in practice. Harry’s passion calls to him in that moment, much like Jessica’s did when she joined STLA during our first year of classes.

You may not come to law school with a passion in mind, and don’t fret about this! Passions sneak up on you. Passions derive from inspirational moments. Passions are created when you try something new, something outside your comfort zone. Passions are found in the strangest of places. So keep your eyes out as you go through law school! You may stumble onto your passion without realizing it!

Thank you again to Jessica for taking the time to write for this week’s blog!