Two finals down, one to go. 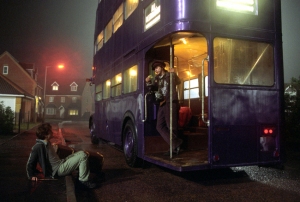 IN this chapter we find Harry mid-flee from the Dursleys’ home.  He’s afraid. He’s nervous and anxious. He’s grasping at straws trying to figure out what his next move should be. Harry stops to make a plan when he sees a pair of huge eyes on what appears to be a dog across the street from him. He points his wand towards it and suddenly is knocked off his feet when the Knight Bus arrives. He gets on the bus and lies about who he is saying his name is Neville Longbottom. On the Bus he finds out about Sirius Black, escaped prisoner of Azkaban. The bus soon takes him the Leaky Cauldron, where harry has planned to hide out until Gringotts opens and he can get all of his money and go live like an outcast (much like Sirius Black — at least he likens himself to Sirius at this point). Harry is met by the Minister of Magic at the Leaky Cauldron. Cornelius Fudge welcomes Harry, assures Harry he is not in trouble, not expelled from Hogwarts and that Aunt Marge is alright. Harry is confused by this but even more confused as to why Fudge wants Harry to stay at the Leaky Cauldron and travel no further than Diagon Alley “under the circumstances.”

When I came to law school I had no idea what to expect. Being 27 and living my entire life in a tourist attraction, made me gravitate towards moving somewhere a little more “real.” That meant Colorado. I came to law school because it had been a life long dream that I always thought was unattainable. I spent a lot of my life helping others, helping my mother raise my siblings, helping people, being as “selfless” as someone could be. I always felt like an outcast. I always felt like someone in the background. It was easier to pretend I was a nobody (similar to Harry using Neville’s name — even though Neville is a somebody not a nobody). When I finally got the guts to leave the sparkling neon city lights I was fearful of having to be a somebody. I was so use to my life as a self-proclaimed outcast (full of ideas, full of secret plans to help reshape the world) that having to be my own person felt selfish.

There was so much to learn, so much I didn’t know about the world around me, so much to try to understand. Everyone else seemed to have a basic knowledge of the law. Everyone seemed to mesh well together. Everyone seemed so sure and confident. I started to beat myself up. I didn’t have much grace or gentleness with myself. My anxiety and depression sky rocketed, which means I became meaner and meaner to myself. I pushed myself (and still do at times) to be like everyone else. I push myself to study like everyone else, to workout more, to eat differently, to join everything, to push further and faster… and I’m exhausted. It’s hard not having a huge support system like a lot of others around me have. It’s even harder doing law school with an anxiety disorder coming in (since a lot of people develop the disorder during law school). It’s hard fighting depression when you have anxiety, but it’s not impossible. 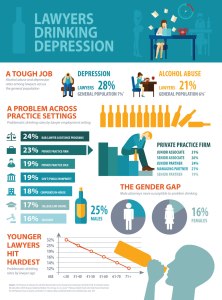 May is mental health month. Taking a look at my own life and looking at Harry’s inner thoughts in this chapter, I don’t think there is a better topic than this to cover right here and right now (during good old finals as well). Mental health is an important part of who we are. When it comes to lawyers poor mental health, alcohol abuse and substance abuse happen at alarming rates. Even in law school we constantly find ourselves drinking at events, drinking at their after those events or after every exam. We stress ourselves out studying 12 hours a day, telling ourselves that if we don’t get one of the highest grades in the class on this final that we are failures, that we are going to be kicked out of law school.

We treat ourselves like Harry does in this chapter. He is picked up by the Knight Bus, hides who he is and then lets his mind panic. He plans on being an outcast, a young wizard on the run for the rest of his life because he made a mistake. He hears about Sirius Black, whom as Harry is told killed 13-14 people including muggle because he was crazy, and Harry immediately likens himself to this crazy criminal. Harry has no one to remind him of the good inside of him. Harry is anxious, full of panic and extremely hard on himself… and why wouldn’t he be? His whole life he has been kept in a cupboard, lied to, treated as if he was the household servant. He hasn’t been loved the way Ron or Hermione has been loved. He’s been treated like an outcast, so of course his first thought is to be an outcast.

We look at our failures in law school, our grades that aren’t as high as they should be (which are arbitrary at best since there is a curve and we aren’t even trying to show we know the material, instead we are playing to the professor’s likes and dislikes in our writing), our rankings, our participation as compared to others, our involvement in activities, our defeats and more… we look at all of this and decide who we are: either the best or the worst. We are hard on ourselves, I am hard on myself. Picking yourself up when you are down your whole life will have the effect on you. Taking care of everyone else and quieting your needs so that others’ needs are fulfilled over your own leaves little room for you to know how to take care of your own. 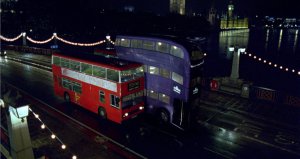 Harry always took care of everyone else and in a panic he didn’t know how to take care of his own needs or how to ask for someone to help him. This is something I relate to… the thing is, you can’t live your life that way. I learned this week about something called ‘self-full’. It’s that sweet spot in between being selfless and selfish. Its that spot where your needs are recognized and acknowledged alongside the needs of others. My hope is not that I get any sort of pity from this blog… but that anyone who is struggling with anxiety, anyone who is struggling with being gentle to themselves, anyone who feels like their mental health is depreciating, anyone who is feeling selfish or selfless… anyone who needs support… my hope is that you realize you are not alone. 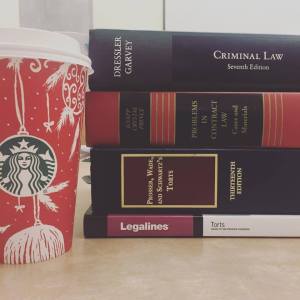 Well, there hasn’t been school in like a week and how odd that is for me at least. Thanksgiving break brought about a chance to relax and to enjoy our family and friends. Well… at least for some… a lot of people spent their breaks preparing for next week.

Before we get into what that looks like we first need to recap our first chapter of the second Harry Potter book! (Disclaimer: we are going to speed through this book… it’s my least favorite… so there will be two chapters a week until the end of it!)

Recap: We return to Number Four Privet Drive with Harry and the Dursleys. Harry is spending the summer back with his aunt and uncle, forced to keep all of his magical stuff to himself and locked away. Uncle Vernon is getting ready to have guests over for a big dinner and for some business talk. Everyone is preparing, rehearsing their lines, going over their moves and how they will greet, flatter and usher their guests around their home. And of course, Harry is to be hidden upstairs acting as if he doesn’t exist… on his birthday, of course.

Theme: As tribute to both Uncle Vernon and Final Exams starting this next week, this week’s theme is preparation!

In this chapter there are a few different types of preparation presented. You have The Uncle Vernon, The Dudley, The Aunt Petunia and The Harry Potter. The best part is they all relate to the different types of studiers I’ve seen this past week. 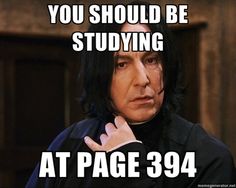 The Uncle Vernon: This type of studier is someone who plans every moment up to the exam. They study all the time in the days before the exam. They are independent, crafting their own study methods and advise others how to also create their own study plans. They make sure they take every past exam, work in study groups and then even harder when alone, have a meticulous outline full of all the info, and are at the school everyday studying (unless it’s a holiday then they study at home). These are the driven ones, the students who are going to stress out until they know for certain they are going to win big! They are devoted to their goals and want everything to fall into place, and will work till it does.

The Dudley: This type of studier is someone who lives under the motto: “I get by with a little help from my friends.” These are your charmers, your study group kings and queens, the people who are challenging others to help them learn. They are the smart cookies who work smarter, not harder. They work in groups to round themselves out and study with whoever they can find. They are devoted to helping others and themselves. The perfect mixture of charisma and devotion.

The Aunt Petunia: This type of studier is someone who sticks to the advice they were given by others who have gone before them. They keep to a laid out plan, following a strict plan of attack. They are quiet about their plans, about their outlines, and about what they do or do not know about the exam. They keep to themselves studying just the right way.

The Harry Potter: This type of studier is someone who barely studies at all. They keep to themselves, hide away in a world of procrastination, have no part in the plans of others and tend to barely study. It doesn’t mean that they are slackers by any means. They just tend to stay hidden away until it’s time for the big test, working on not stressing.

Now you can be a mixture of these different study/ test-prepping types or just one, but either way it’s time to get our butts in gear and start getting ready for those first semester final exams!