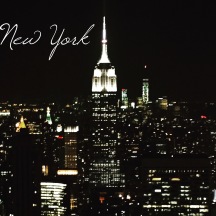 There is nothing I love more than a good summer escape. A couple of summers ago I got the opportunity to escape my hometown 3 times in one summer. In June, I went to NYC for a week long vacation with my friend Kalle and her family. In July, I went to my now home, Colorado to hangout with Kalle and her sister. In August, Kalle and I drove to LA for a little Taylor Swift and Disneyland weekend.  It was one of the best summers I ever had. Full of fun, full of laughter, and full of exactly what I needed: a chance to escape.

In this chapter of HP Harry is  released from the Infirmary. He goes and talks to spin about the dementors’ effects on Harry compared to other people. Late in the chapter the holidays are approaching as well as another Hogsmeade trip. Fred and George approach harry before the students leave for Hogsmeade and give him the Marauder’s Map (a magical map of the Hogwarts castle where you can see where people are at all times). Harry uses the map to sneak into Hogsmeade from Hogwarts undetected. He meets up with Ron and Hermione. As the three head to get some butter beers at the Three Broomsticks they overhear a conversation from some Professors and the Minister of Magic. During this conversation it is revealed that Sirius Black is not only Harry’s Godfather, but also the reason his parents are dead.

What I love about this chapter is that we find need for escape shown in three ways:

As we find out later in  the book, Sirius escapes from Azkaban for good reason: it’s a bad place he doesn’t belong in. Ron asks Hermione to stop being a rule follower and let Harry have some fun for once because of the holidays. Harry sneaks out of Hogwarts to go and find his friends but then finds out that the reason Sirius is a wanted man has to deal with he deaths of his parents.

It’s interesting to see how similar yet different each of this depictions of escape are illustrated. They all come from a place of needing to get away for various reasons, but they all end in a place of sorrow or deep realization.

You don’t need a vacation, when there’s nothing to escape from- Jason Mraz

For me, anytime I feel a need to escape it also ends in a place of deep realization. That summer I went from place to place, trip to trip, I used it as a way to escape from the heat, but also to escape from my realities. Each trip helped me realize that I was unhappy in my current life. I felt unfulfilled, unwanted, betrayed, bored, sad, frustrated and above all else needing to get out of my current situations. In day to day life we don’t always have time to sit and ponder life. We don’t always have the ability to reflect on how things are going we just see a planned vacation, a map for the getaway, a chance to drink and laugh with friends as a light of hope to getting out of our misery.

Then when you finally get away you have the chance to sit and reflect. The chance to really have to face life and reality. When Harry has to sit under a table and listen to people talk about his parents being betrayed by their best friend and then murdered because of it, his seemingly innocent escape form Hogwarts to be with friends becomes a hard dose of truths he didn’t know he wanted answered. All of a sudden it all made sense to him, he realized why people told him to not go after Sirius no matter what. He realized why there was panic when Sirius showed up to Hogwarts. He realized a lot about the world around him.

The summer I described above gave me a much needed push to start looking for a new job, to start looking for new friends and things that made me happy. It pushed me towards law school. This summer, I haven’t gone away looking for an escape, but in escaping the throws of law school classes and being around other students constantly I have found that I might want to change my law school focuses to a different area. It’s a scary thought, but an interesting one to face. Now all I need is a weekend away to process it.So whatever it is you need an escape from this summer, do it. Go and wander. Go and get lost. Go and face some much needed truth about your life. You won’t regret it, even if its frustrating and a bit sad. Let loose, be you and find comfort in knowing that life is always changing and sometimes you just need a change of scenery to change with it.