So we’ve gotten a little behind on the posting/reading schedule and for good reason! Classes have resumed. It’s weird to get back into the swing of things.  In undergrad a new semester simply just meant figuring out what building to go to and then figuring how much sleep you could get in class or how much reading you could go without doing. (And believe me, I slept plenty in classes… probably would have done better if I hadn’t)

Law school is different. You get a new class schedule, have to figure out the syllabus, have to see how much reading you are going to be required to do, have to figure out how much detail the professor will want, figure out how to take notes for the class, what the teacher wants, what the teacher doesn’t want, which teacher is going to cold call, which teacher just wants discussion, how many tests you’ll have and so on and so forth. It’s a whole new schedule or class, sleep, workout and study. And the thing is, for the first week you sort of feel out-of-place. 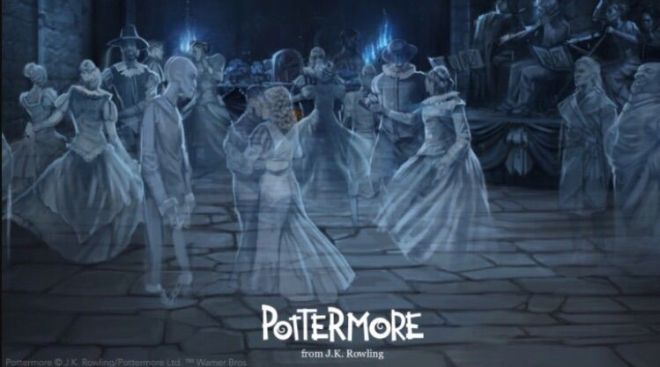 Which leads us to the story of the Golden Trio of Harry Potter:

Harry, Hermione and Ron attend Nearly Headless Nick’s Deathday party (a party celebrating the anniversary of his death) instead of going to the Halloween Feast. They get to the party hoping there would still be good food and fun, yet once they get there they realize they are the only ones who are living and not dead. Worst of all, they find out there is no food for them to eat, just a bunch of rotten food for ghosts to pass over and maybe “taste”. As they stand around at the party they see the different ghosts of the school and Hermione makes a comment about Moaning Myrtle, which of course the pesky poltergeist of the school then tells Myrtle causing a scene. They leave the party and Harry hears the voice int eh wall he heard a couple of nights before, and as they rush down the hallways, Harry following the voice, they find a wall painted in blood stating ” The Chamber of Secrets has been opened, enemies of the hair, beware.”

Harry, Hermione, and Ron go to Nick’s party out of respect for him and out of curiosity. But when they arrive, they start to regret missing out of the feast they are used to with their fellow students. They feel out-of-place.

The first week of the second semester of law school feels similar. Last semester we had formed study groups, gotten down routines, saw people regularly and by the end of the semester felt like we knew what we were doing each and every day. Then finals hit followed by winter break, and now returning to school, things feel really out-of-place. It’s an adjustment getting back into a routine with different study habits and assignments. Everyone is split in new ways, not necessarily bad ways, just new. As we head into a long weekend and have a chance to  catch up and get our bearings heading into the next week of classes we should start to feel a little more secure in where we are and what we are doing.

In the chapter Ron laments going to the party and suggests that if they left they may still be able to get pudding up at the feast… this upcoming week at school, I’m looking forward to the pudding (my old study habits and routines) and hope you are too!

P.S. May you Rest in Peace Alan Rickman… You will always be our Snape!